The entertainment industry is worth billions of dollars, and in South Korea, thanks to the internet and social media, as well as from the proliferation of K-pop music and Kdrama, the business has since evolved from a regional development in Asia into a global phenomenon.

While people in the business have the right to do what they want as human beings, they cannot do many other things, because they simply work in the entertainment business.

And among the things some Kpop individuals cannot do, include dating.

While it seems inhumane to restrict this part of an idol's life, agencies see them as images of people who need to dedicate to nothing but their fans. For this reason, Kpop singers should bear with that restriction, seeing it as the line of work they're in.

And when some dating rumors come swirling, the agencies that represent the idols can have a hard time explaining.

Things are worst if the idol that is having a relationship is one of the most famous. Jennie from BLACKPINK (left) and V from BTS (right) have become the subjects of a rumored relationship.

This time, YG Entertainment has requested the police to launch an official investigation into leaked personal photos of BLACKPINK's Jennie, who is rumored to be dating BTS member Taehyung, better known as V.

The pair have been the subject of dating rumors, thanks to the internet and social media platforms that helped the circulation of private images that had no clear source.

"We have officially requested the police to investigate who first circulated Blackpink Jennie’s personal photos," YG Entertainment said in a statement. "YG has been consistently monitoring the matter and filed a lawsuit in September after collecting information."

"We have refrained from mentioning the matter or making an official statement in order to minimize any further damage. However, there have been indiscriminate rumors, criticism, personal attacks, sexual harassment and violations of personal life sparked by those private photographs. We are now announcing that we will take legal action and correct the situation," the agency added.

It's worth noting though, the the alleged leaked photos aren't at all explicit.

The thing is, the photos that were published initially to Twitter and Telegram, were leaked without any of of two's knowledge, and in South Korea, this can be a big problem.

"The photos distributed online were made public illegally, without Jennie’s consent," the statement continued. "Sharing those images is an act of secondary victimization and can be subject to legal penalty. Please refrain from indiscriminately sharing those images. YG Entertainment will continue to work to protect our artists’ rights and interests."

"Photos that were circulated online were illegally released, regardless of the intentions behind them and without the consent of the individual involved," YG reportedly said. 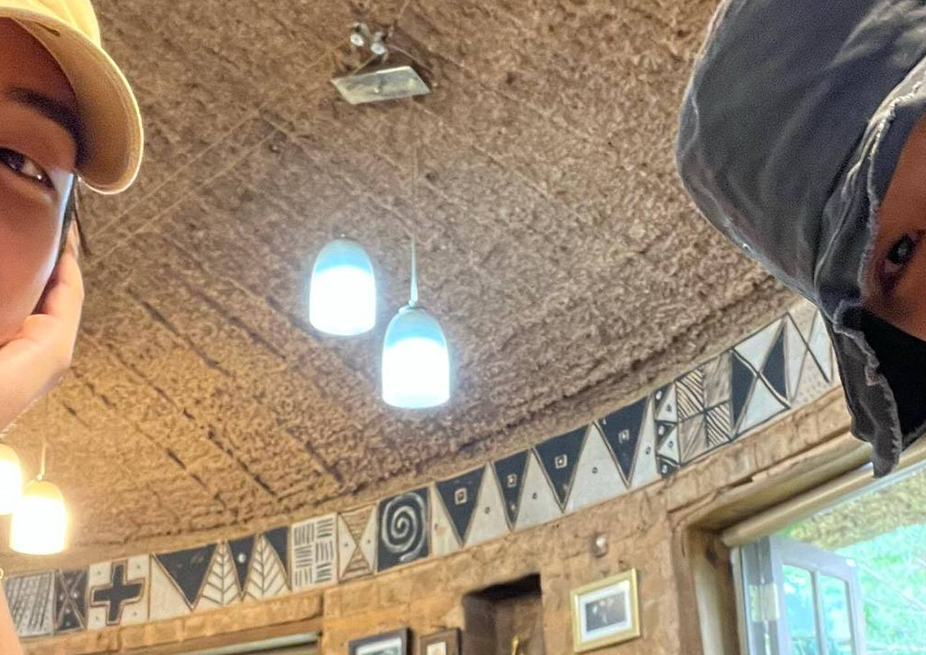 Jennie and V dining together in one of the alleged leaked photos.

Because of this incident, it is said that Jennie has faced "personal attacks" and "sexual harassment."

Since it's hurting the agency and the star, YG Entertainment asked the police to track down the "original distributor" of the photos, promising to take "all possible legal action without any leniency to prevent further damage in the future."

The label said that it is taking the strong legal action because fake news "damage their artists' character or reputation."

It's also worth noting that the request by the agency came days after BTS' label, Big Hit Music, issued a statement that it has filed a criminal complaint against an unnamed individual who has allegedly posted "malicious" statements and rumors about the boy band on multiple online platforms.

While the label’s own investigation doesn't say anything about V or BLACKPINK's Jennie, Big Hit is looking forward for having fan communities to aid in defending the band.

"We are currently following our legal response process, which monitors and collects evidence on malicious postings for 365 days and then includes them on the complaint," Big Hit said in a statement. "Active reporting of our fans has been a big help to our malicious postings monitoring initiatives."

Big Hit’s complaint also named sexual harassment, as well as defamation, personal attacks, and the spread of "groundless information" and "ill-intentioned criticism," as the reasons behind the investigation.

In South Korea, its defamation laws allow individuals to be sued for posting malicious rumors or any words, even if they are true, if they harm the other person.

Another reason, is because in South Korea, individuals can have the legal right to retain ownership of their image, which could lead to prosecution for anyone who leaks photos without permission.

It's worth noting that the incident was so heavily circulated, that many people are creating fake photos of them to piggyback the hype. Many have Photoshopped the two together, and claimed the photos to be legit, for example.

Soon after the alleged leak, both BLACKPINK's and BTS' fandoms, Blink and ARMY, respectively, have been having a war on Twitter, and have furiously asked for the management agencies to protect their artists. 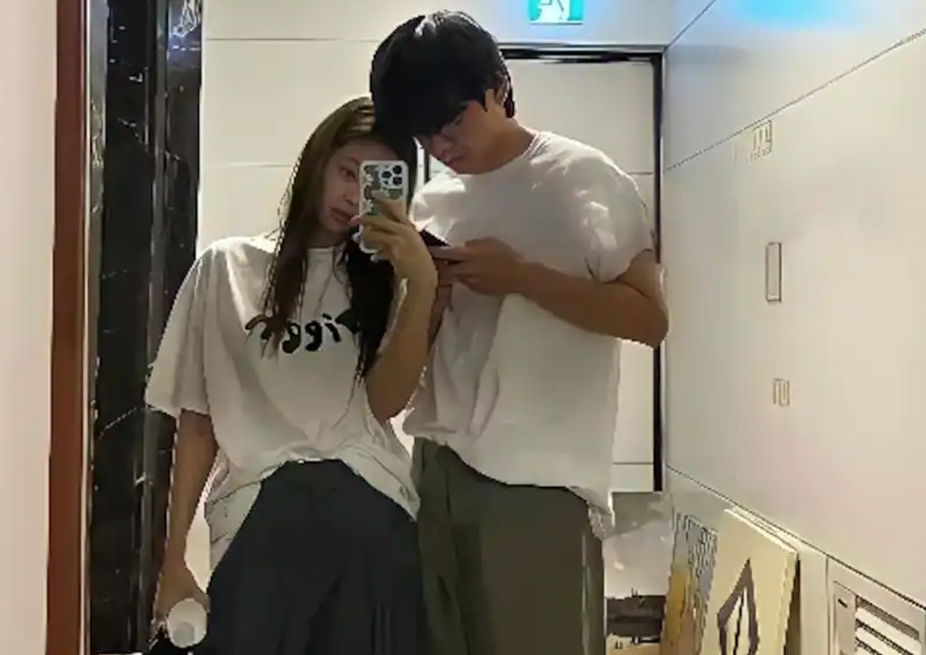 Jennie and V, in one of the alleged leaked photos.

The reason for the huge commotion, is because both BLACKPINK and BTS are hugely popular bands.

The girl band and the boy band, respectively, are the power players that lead the country's Kpop market growth.

BLACKPINK that is formed by YG Entertainment, consists of members Jisoo, Jennie, Rosé, and Lisa. The group debuted in August 2016 with their single album that featured "Whistle" and "Boombayah", their first number-one entries on South Korea's Gaon Digital Chart and the U.S. Billboard World Digital Song Sales chart, respectively.

BLACKPINK is the most successful Korean girl group internationally and have often been dubbed the "biggest girl group in the world."

And as for BTS, the boy band formed in 2010 and debuting in 2013 under Big Hit Entertainment, consists of members Jin, Suga, J-Hope, RM, Jimin, V, and Jungkook.

The band was among the very few bands since The Beatles to have four U.S. number-one albums in less than two years.

As of 2022, BTS is the best-selling artist in South Korean history.