Technology Is An Enabler, But It "Doesn’t Solve Humanity’s Problems"

Yes, technology can solve a lot of problems. But it is said to be "naive" to believe that it could "solve humanity's problems."

According to Sundar Pichai, Google faces more challenges if compared to when it was a young company. For the obvious, Google has become one of the biggest tech companies the world has ever seen.

What started a small search engine once with a headquarter in Susan Wojcicki's garage, Google has evolved to have influence surpassing all web services the internet has in general.

But from all the company is capable of offering, employees were outraged over sexual harassment; the executives were under scrutiny for an effort to secretly make a censored version of its search product for China; the company faced the shut down of its social network after a security vulnerability was discovered; political and social debates regarding its attempt to build military-grade artificial intelligence, and more.

A soft-spoken engineer, Pichai is not of the company's founders - Larry Page and Sergey Brin - or even Eric Schmidt, the company’s former CEO and chairman.

But here, he has become the man responsible for all the above problems Google has put itself into. 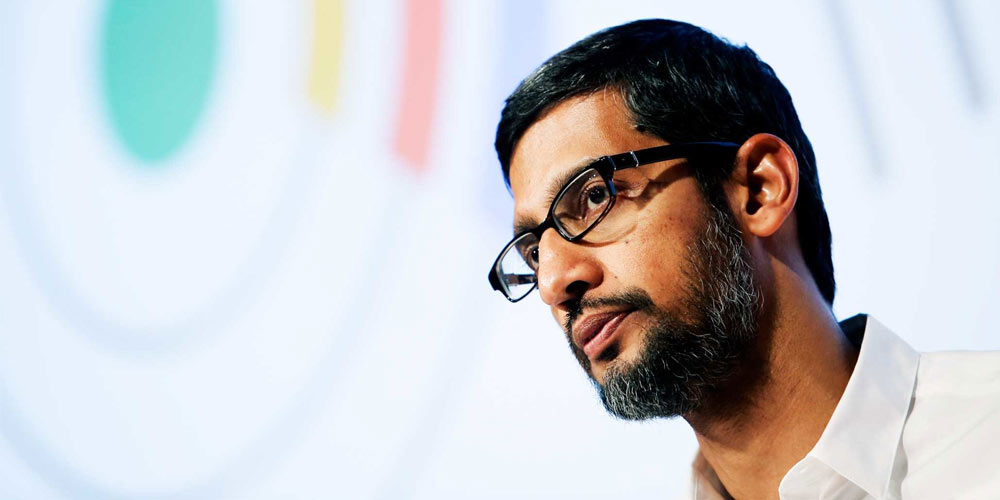 In an interview conducted by The New York Times, Pichai said that:

"There was a simplicity to my life, which was very nice compared with today’s world. We lived in a kind of modest house, shared with tenants. We would sleep on the living room floor. There was a drought when I was growing up, and we had anxiety. Even now, I can never sleep without a bottle of water beside my bed. Other houses had refrigerators, and then we finally got one. It was a big deal."

"But I had a lot of time to read. I was processing a lot. I read whatever I could get my hands on."

"When I first joined Google I was struck by the fact that it was a very idealistic, optimistic place. I still see that idealism and optimism a lot in many things we do today. But the world is different. Maybe there’s more realism of how hard some things are. We’ve had more failures, too. But there’s always been a strong streak of idealism in the company, and you still see it today."

So here, the world is changing. And with technology, it's changing very fast.

Google has gone way beyond a simple search engine to become one of the companies which products have come to almost everything in people's daily routines. From its search engine that turned massive, to Android, AI, smart IoT devices, its approach to the health industry, its moonshot projects, and more.

Pichai is concerned that, while every generation is worried about new technology, he feels like this time it’s different. According to him, things are happening much faster than ever before.

"I think as humanity we’re increasingly dealing with bigger things ... But the optimism is tempered by a sense of deliberation. Things have changed quite a bit."