Tim Berners-Lee is the founding father of the World Wide Web. As the internet reaches a ripe old age of 30, during a celebration of the web which reminisced his invention at CERN, Berners-Lee considers the web as a place where tech companies thrive by scooping up personal data, and where governments spy and seek to meddle with elections.

There are privacy concerns too, as well as state-sponsored hacking that happens on a frequent basis.

In previous times, Berners-Lee had also expressed his concerns about the internet, and how powerful the modern needs and cultures were shaping it, swerving it away from the what the internet he had in mind.

For example, in 2014, he called for the creation of a global online "Magna Carta" to protect the rights of internet users around the world.

In his eyes, the web is a "mirror of humanity" where "you will see good and bad."

To eliminate the bad, the internet creator calls to make a better internet for humanity.

Read: The Three Challenges That Threat The Modern Web 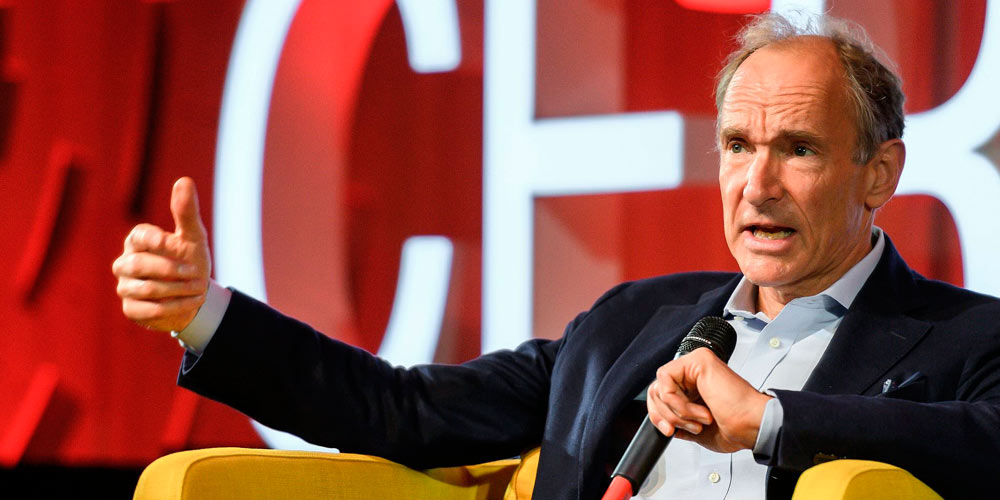 “Whoops! The web is not the web we wanted in every respect,” said Berners-Lee at the [email protected] conference at CERN, acknowledging to those who knew the modern web when it already matured.

Here, the computer scientist and his World Wide Web Foundation want to enlist governments, companies, and all citizens of the web to take a greater role in re-shaping the web for a greater good under principles laid out in the “Contract for the Web."

Under the contract, governments are called upon to make sure everyone can connect to the internet, and at the same time, keeping it available and respecting privacy.

This is because the internet, according to Berners-Lee, should be regarded as a basic human right.

And lastly, netizens are to create and to cooperate and respect "civil discourse," among other things.

As a whole, the internet should not be centralized, and shouldn't be governed by anyone. This is because by design, the web is already decentralized.

"The Contract for the Web is about sitting down in working groups with other people who signed up, and to say, ‘Ok, let’s work out what this really means.'"

“The Contract for the Web recognizes that whether humanity, in fact, is constructive or not actually depends on the way you write the code of the social network."

The conference, which brought together internet and tech experts, also gave CERN the chance to showcase its reputation.

Berners-Lee who worked there in the late 1980s, had been determined to help bridge a communications and documentation gap among different computer platforms.

At that time, Berners-Lee was a young English software engineer at CERN, when he came up with the idea for hypertext transfer protocol (http) that adorns web addresses, as well as other building blocks for the web.

This HTTP system is what allowed text and small images to be retrieved through a piece of software, which eventually became the internet browser, that Berners-Lee released in 1990. This was considered the start of the web to the general public.

Berners-Lee recalled how Mike Sendall, his former boss at CERN, helped his research. At that time, Sendall wanted a pretext to buy a then-new Next computer by Apple needed for his research.

Berners-Lee said that Sendall told him to “‘pick a random program to develop on it … Why don’t you do that hypertext thing?'”

And here, at the anniversary, Berners-Lee offers "an opportunity to reflect on how far we have yet to go", calling it the "fight" for the web, and "one of the most important causes of our time."

His “Contract” proposal here is not about “quick fixes,” but a process for shifting people’s relationship with the online world.

"It’s our journey from digital adolescence to a more mature, responsible and inclusive future," he said.