Decentralized, The Internet Should Not Be Controlled By Companies Or The Governments

The internet has indeed grow to more places to reach more people. Decentralized by design, the World Wide Web has however turned into the hands of large corporations and governments. Not what it was meant to be, but the internet has become the "world's largest surveillance network."

The World Wide Web creator Tim Berners-Lee, is the British physicist and computer scientist better known as the "father of the web". He joins others in the fight for a more secure, private and neutral internet: bringing back the internet, or creating a new one.

Berners-Lee explained that his invention has steadily come under the control of powerful interests. This ins't what he had in mind, and now what he had predicted.

"It controls what people see. It creates mechanisms for how people interact. It's been great, but spying, blocking sites, repurposing people's content, taking you to the wrong websites completely undermines the spirit of helping people create."

“The web is already decentralized. The problem is the dominance of one search engine, one big social network, one Twitter for microblogging. We don't have a technology problem; we have a social problem."

"One of the most striking visual metaphors that you use is this system of highways. Creating a system where the net is not neutral would essentially result in alternative highways, slower highways, highways that would treat people differently depending on the type of car that they drive." 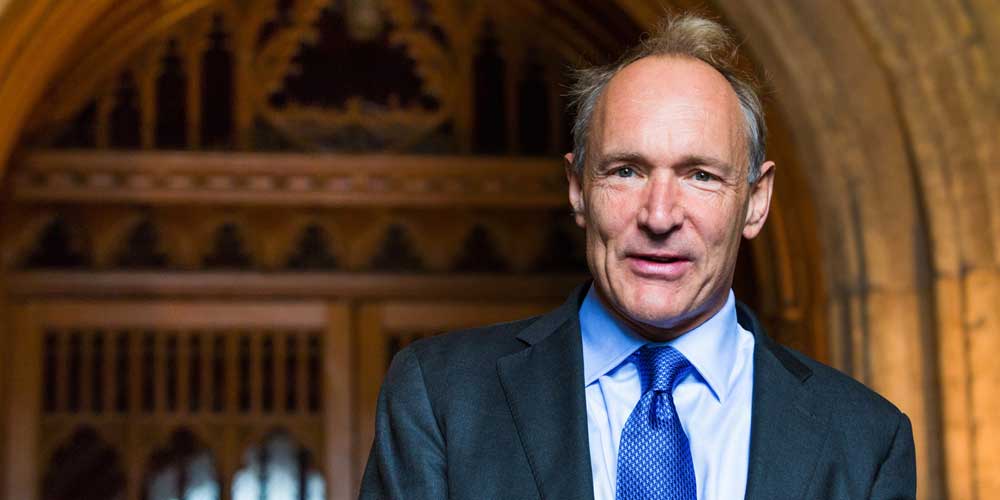 To initiate the matter, Berners-Lee met a group of internet activists that include Brewster Kahle, the head of the Internet Archive, and Vint Cerf who is an internet pioneer. At the Decentralized Web Summit, they discuss ways of "re-decentralizing" the internet.

To put things where they were before, entities and governments with powerful interest should return the power of control back to users (individuals) so they can themselves ensure their own privacy and security. The internet should not be controlled by tech giants and government's surveillance programs.

"The temptation to grab control of the internet by the government or by a company is always going to be there. They will wait until we're sleeping, because if you're a government or a company and you can control something, you'll want it."

"It will decide which friends' posts and which news articles a person sees, and we realize that we're talking about one big corporation suddenly having complete control over somebody's view of the planet on which they live. It's a constant battle and we are very close to it all the time."

"You want to control your citizens or exploit consumers. The temptation is huge. Yes, we can have things enshrined in law, but even then it won't necessarily stop people."

"We're on the edge of finding that a company can get to the point where actually it will control everything everybody sees."

If fighting the internet back won't work, others have even take the decentralized idea of the internet further, and that is to work on an autonomous internet with no servers and no central control. In short, the alternative in mind is a new (another) internet.

It's noted that the first Decentralized Web Summit marks the beginning of "a new phase for the web" based on next-generation decentralized systems inspired by the P2P technology that powers file-sharing networks.

Berners-Lee is not alone in his attempt to release the internet from being bounded by companies and governments, or as Snowden revealed: to censor/control what citizens can read.

The development of decentralized alternatives to the current web has been ongoing for some times, with projects such as IPFS, the Dat Project, WebTorrent, Tahoe-LAFS, Zcash, ZeroNet, BitTorrent, Ethereum, BigchainDB, Blockstack, Interledger, Mediachain, MaidSafe and Storj. He is also joined by some privacy-focused websites and applications, personal informational management systems, providers of blockchain-based transactional technology and also cryptography.

The Summit gathered these developers as well as others from other projects in a first global session. its mission and hipe is that the media media interest due to the prestige of the main participants will accelerate the development and deployment of decentralized web solutions.