The Four Ways To Regulate The Internet

As the largest social media network on the web, Facebook has caught a lot of attention.

Besides due to having the largest database of people and their networks of friends, as well as activities, interest, mobility, demography and much much more, Facebook has also faced criticisms concerning user privacy, and it's ability to influence people.

Facebook has signaled some openness to regulations, and it's making things even clearer.

This is when founder and CEO Mark Zuckerberg posted an editorial floating four ideas for regulating the internet, including some approaches that could apply to anyone in the world.

"Technology is a major part of our lives, and companies such as Facebook have immense responsibilities."

"I believe we need a more active role for governments and regulators. By updating the rules for the internet, we can preserve what’s best about it — the freedom for people to express themselves and for entrepreneurs to build new things — while also protecting society from broader harms."

Here, Zuckerberg proposes his four ideas that he believed should be regulated: 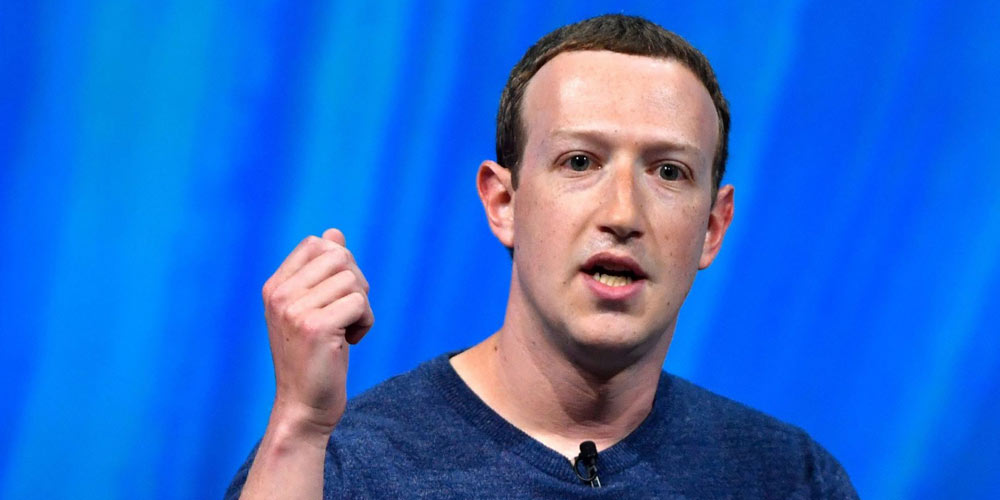 Zuckerberg said that Facebook has given users a way to use their voice. At the same time, the company has tried in policing its services from things like terrorist propaganda, hate speech and more.

But as Facebook grew larger, "we’ll always make mistakes and decisions that people disagree with."

"Lawmakers often tell me we have too much power over speech, and frankly I agree," Zuckerberg said.

And this is why "Internet companies should be accountable for enforcing standards on harmful content. It’s impossible to remove all harmful content from the internet, but when people use dozens of different sharing services — all with their own policies and processes — we need a more standardized approach."

He proposes an idea where third-party bodies to set standards governing the distribution of harmful content and measure companies against those standards.

Regulation could set baselines for what’s prohibited, and require companies to build systems for keeping harmful content to a minimum.

When election is about to take place, people express their opinion. Things get political, and on the web, they can be awful. And as for Facebook, the largest social media network has given the ability for advertisers to purchase ads to show to target viewers.

Zuckerberg suggests that online political advertising laws should primarily focus on candidates and elections, rather than divisive political issues where we’ve seen more attempted interference. Some laws only apply during elections, although information campaigns are nonstop.

There are also important questions regarding how political campaigns use data and targeting.

"We believe legislation should be updated to reflect the reality of the threats and set standards for the whole industry," Zuckerberg explained

According to Zuckerberg, this needs a globally harmonized framework.

The European Union’s General Data Protection Regulation (GDPR) has called for comprehensive privacy regulation. Giving the power back to the people's hands, the regulations should also be adopted to the rest of the world.

With more countries adopting the regulation, "It should protect your right to choose how your information is used — while enabling companies to use information for safety purposes and to provide services."

"It shouldn’t require data to be stored locally, which would make it more vulnerable to unwarranted access. And it should establish a way to hold companies such as Facebook accountable by imposing sanctions when we make mistakes."

And to prevent the internet from being fractured, there should be a global framework, where entrepreneurs can build products that serve everyone, and everyone gets the same protections.

"We need clear rules on when information can be used to serve the public interest and how it should apply to new technologies such as artificial intelligence." On the web where one service can connect to other services, data portability is important. And this is where regulations should guarantee its principles.

"If you share data with one service, you should be able to move it to another. This gives people choice and enables developers to innovate and compete," Zuckerberg said.

"This is important for the internet — and for creating services people want."

True data portability should look more like the way people use one platform to sign into an app, than the existing ways people can download an archive of their information.

"But this requires clear rules about who’s responsible for protecting information when it moves between services," said Zuckerberg, suggesting that it needs common standards.

With Facebook maturing and growing up to be one of the most powerful companies on the web, Zuckerberg admits that his company can make mistakes.

This is why he suggests that "people shouldn’t have to rely on individual companies addressing these issues by themselves."

And with the rules governing the internet, generations of internet entrepreneurs can build services that would eventually change the world, giving a lot of value to people's lives.

With his proposed four ideas, the CEO said that the rules can define clear responsibilities for people, companies and governments going forward.