'I Was So Jealous', And Amazed Of The 'Genius' Steve Jobs

Bill Gates is already a tech icon. There are a lot more people in this world who use Microsoft product and know his name, and envy his talents, than those who don't.

Having succeeded in co-founding Microsoft which made him a billionaire at a young age, and later a centibillionaire for two times, it's hard to believe that Gates can also feel jealous of someone.

But in his case, it's not that jealousy that involves financial status, but for lacking the charisma his one-time friend and rival Steve Jobs had.

In an interview with the Armchair Expert, the billionaire was envious that Jobs was a "genius" who had a natural magnetism as a leader that Gates himself wishes he could have copied.

"He was such a wizard at over-motivating people — I was a minor wizard so I couldn't fall under his spells — but I could see him casting the spells, and then I would look at people and see them mesmerized." 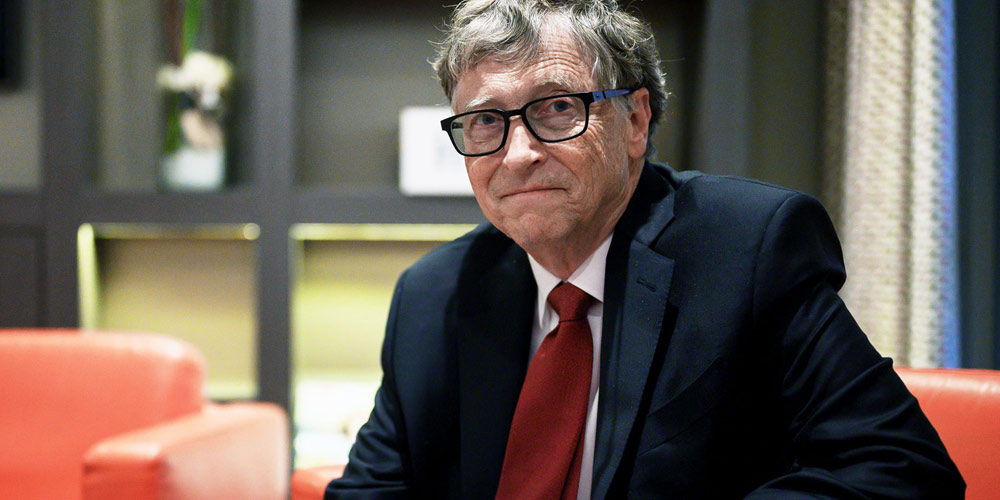 "Jobs was a genius."

In the tech world, nobody could be bitter rivals but at the same time, have grudging respect for each other like Gates and Jobs.

The Microsoft co-founder said that he was especially amazed of how Jobs who co-founded Apple in 1976, was ousted of the company in 1985 after a struggle with John Sculley, the CEO at the time.

It was "truly phenomenal" seeing how Jobs returned to Apple in 1997, became the company's CEO, and made Microsoft invest $150 million to Apple. It was Jobs who saved Apple from bankruptcy, and made it a profitable company with the iMac, iPod, iPhone and iPad.

"And, there's no chance in hell it happens without him. I mean, Apple was on its way to die [before Jobs returned]," Gates said.

"No one else can do what he did there. I couldn't have done that [and] I don't know anyone who could have."

Bill Gates and Steve Jobs carved their names into the history of mankind, by creating companies that literally changed the world and how people see it.

The two are considered some of the most powerful men in the tech industry, and competed during the late 70s and 90s when their companies were first established. Steve Jobs and Bill Gates’ rivalrous friendship relationship has long been the talks in the tech lore, even after Jobs' death in 2011.

But it was after Jobs' death that the co-founder of Microsoft does from time to time shares anecdotes about their relationship.

For more than many times Gates admitted that no people can match Jobs when it comes to picking talents. Gates admired Jobs' in many ways, and even more ways than he couldn't have told Jobs in person.

In an interview with The Wall Street Journal in September 2019, Gates also admitted that Jobs was "always more of a natural" when it comes to public speaking, as opposed to himself.

At that time, Gates compared Jobs to himself that had to work hard to become a better public speaker throughout his career.

Gates that acknowledged Jobs abilities, saw through them all, admitted that he couldn't recreate the magic to the same degree.

"I wish I could be as magical because I have causes that are in some ways more impactful and I need to make sure they don't get ignored," Gates said.

The Microsoft co-founder also said that he wishes he had Jobs' ability to mesmerize people so he could generate even more support for the Bill & Melinda Gates Foundation, which works to address a range of global issues, from fighting poverty to researching disease prevention, and among others, donating hundreds of millions of dollars to help develop 'COVID-19' coronavirus vaccine and treatments.

But regardless, Gates agrees that Jobs was in fact "not that great socially."

The tech billionaire said that people wanted and could “imitate the bad parts of Steve”. Jobs was also "an asshole at times". But still, Gates said, Jobs "bought some incredibly positive things along with that toughness."