When Creating AI, Don’t Get Stuck On Trying To Build The Perfect One

Ibrahim Arief
VP of Engineering, and VP of AI Research at Bukalapak

Indonesia has better growth potential, compared to Singapore, Europe, or even the U.S..

The e-commerce market in the country has shown incredible growth, as more people are going online and realize the benefits.

With billions of dollars to be made, a report from May 2016 about Southeast Asian internet economy declared that Indonesia is the fastest growing internet market in the world.

This is because the market in Indonesia is not as saturated as the markets in developed countries.

And with this huge potential growth, comes challenges. For Ibrahim Arief, this was an interesting opportunity.

"I will always be an engineer at heart, so among this exciting set of challenges, the one that I love the most is the challenge of scalability," Ibrahim said. 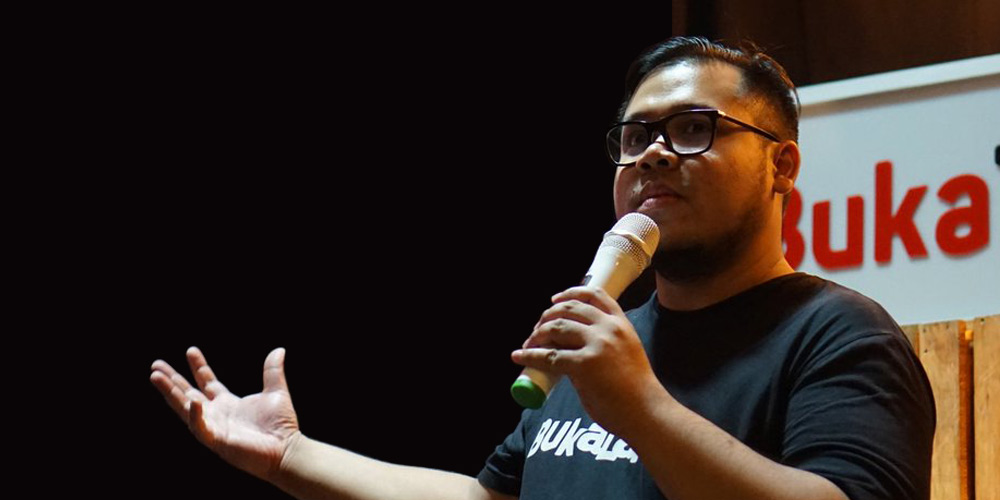 Joining Bukalapak, one of Indonesia's largest e-commerce as VP of Engineering, Ibrahim Arief has talked numerous times about the technologies behind the platform.

He has described the workplace, the team behind the technical aspects of the site, the challenges to overcome, the criteria that developers should have, as well as things that are AI-related.

Ibrahim has been asked by others in the industry, since the word got out that Bukalapak in using AI to help its visitors and sellers.

He gave three recommendations for those who want to build AIs for their particular industry/business:

Start the project with an already organized data warehouse, as this should save companies months within the project. Otherwise, they would need to spend several months just to gather and clean up the dataset necessary to train their AI.

Don’t get stuck on trying to build the perfect AI, or trying to strictly follow some research paper within the field.

According to Ibrahim, sometimes starting with a simple model would be enough as long as companies can quickly validate the model against real-world traffic or data. When they can do that, they can then iterate and build progressively more complex and better quality models.

Testing is necessary and very important. Companies can use A/B testing on their AI by running manual analysis using a small number of samples. This is fine for quick and early validations.

Later on, they shouldn't forget to validate the model using real-world data and even more A/B tests. Doing so will help them avoid possible selection bias and gather objective data to guide their AI development.

After understanding how their AI performs, Ibrahim advises developers to test their AI using multiple scenarios. Even if the AI passes the test, the system should not be released to the wilderness of the web without the developers testing it in a smaller scale first using a controlled environment.

This is to ensure the output is as intended, and there is no bug to be found, or at least yet.