Jonathan Galindo, The 'Goofy Man' Who Terrorizes Children On The Web

The internet connects people that are far apart.

Jonathan Galindo is best known as the man in a dog mask. Galindo is the cursed 'Goofy Man,' an endorser of the Blue Whale Challenge, a game which involves players completing a number of tasks in a certain amount of days.

Each task gets more difficult and disturbing, with the last task supposedly leads to the victims committing suicide.

Galindo mainly lurks on several Discord Servers, sending private messages to random people, asking them if they want to play.

The legend is that, if Galindo's targeted victim refuses to play, Galindo will find that person's location through his/her IP address. 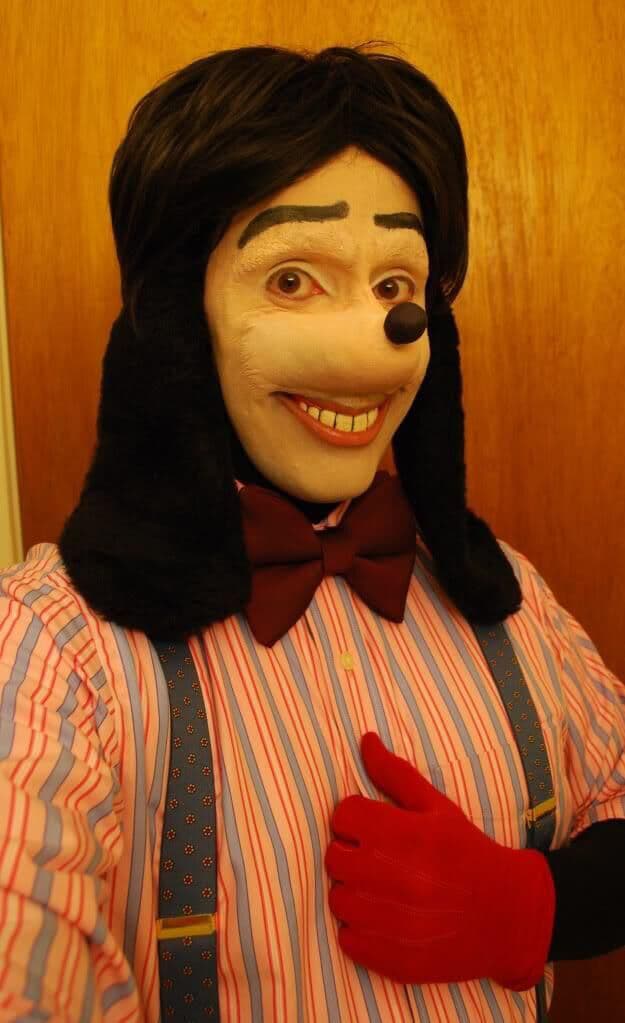 The man behind the mask is unknown.

But the first reports about the existence of such a profile can be dated back to 2017. At that time, in January, a publication by Mexican YouTuber Rey Del Random, talked about a profile that wouldn't let people sleep. Then there were series of disturbing images, and Galindo was mentioned, but with a different spelling: Jhonatan Galindo.

Others suggested that it started with a TikTok user with the name @jonathangalindo54.

It is also believed that the trend of this Goofy Man started in Spanish-speaking internet, before finally capturing English-speaking users.

Urban legends suggest that Galindo once wanted to work at Disneyland.

But sadly, his job application was rejected because he had mental issues that include pedophilia. Because of his frustration, he lurks on the internet and prey for youngsters.

If his targets refuse to play the Blue Whale Challenge, Galindo will visit them after knowing their IP address, kidnap, and then rape them. But before that, Galindo will apply makeups to the victims, so they will look just like him.

It was even said that Galindo was a hacker.

The story continues to grow, with people adding their own versions, growing Galindo's character to be an internet urban legend. As more people started discussing it, the Goofy Man's fame increases. Some claimed to have come into direct contact with Galindo, saying that Galindo 's face is deformed due to a chemical accident.

Regardless, after the Goofy Man became known, hundreds of others cloned Galindo's account on TikTok, Twitter and Instagram. And It was him who revived the Blue Whale Challenge, an unhealthy trend on the internet that had diminished.

Galindo uses his creepy dog face mask, in a very similar way to the legend about 'Momo', which is a half-woman half-bird creature that terrorized social media networks.

The Momo image itself, was borrowed from the Japanese sculptor Keisuke Aiso.

In the case of Jonathan Galindo, the person behind that creepy Goofy mask was said to be influenced by the works of cosplayer and mask maker Samuel Canini, also known as Dusky Sam.

Following the popularity of Galindo, Canini himself was surprised by the unexpected “confession.”

On Twitter, he said that he was confused about the new flash mob with his photos.

"This Jonathan Galindo madness seems to be terrorizing a great many young impressionable people. The photos and videos are mine from 2012-2013. They were for my own weird amusement then, not for some modern day thrillseeker looking to scare and bully people," he said.

And as for the Goofy mask itself, it can be traced back to the work of a filmmaker and visual effects artist named James Fazzaro, which started to appear on the internet in late 2011 as a way to demonstrate the use of prostheses and makeups The widespread discussion on the web sparked many videos made by YouTube creators and publishers.

And with the many fakes and clones that followed the trend, it's difficult to trace Galindo the the real Galindo.

Because of this, it’s also hard to say how dangerous this Galindo really is.

But what is certain is that, Galindo's influence is already comparable to Momo’s internet fame.

Memes about Galindo, all kinds of “revelations” and troubling posts are gaining popularity in all social networks. The authorities and some media have also posted warning messages about the Goofy Man.

The warnings, initially made by the Civil Police of Santa Catarina, were meant for parents to monitor the use of the internet by their children and, mainly, with whom they communicate, seeking authorities and psychological assistance if necessary.

In the end, nobody knows who is the real Jonathan Galindo. However, the popularity of the case does not make the indications that youngsters are being contacted directly on his behalf unrealistic, as criminals can piggyback this intricate and frighteningly instigating plot to apply blows or, even worse, generate acts of violence.