What is the only thing that stops a sender from ever sending a message? It's that 'send' button. And this messaging app tries to eliminate that.

'Seecret' is a messaging app from Indonesia. It boasts that messages sent through its app, can be read directly by the recipient, without the sender having to send anything.

In other words, communication is done in real-time. What's more, messages can also be automatically deleted in seconds.

Developed by Digital Mapan Indonesia, the app has aims to become a competitor to Telegram, using some of its unique approaches.

The most notable unique feature, is that the messaging app has been designed intentionally to not use the send button.

As a sender types, the message is sent automatically in real-time. All the recipients need to do, is tap on that 'Seekret Key' icon to reveal the message, whether it is a text, video, photo or voice.

Ferdy Tahier, singer at the Indonesian group band Element, and the Chief Marketing Officer at Seecret, said that messages sent using Seecret wont ever be stored inside its servers.

"We ensure that there is not even one byte of data is stored in the clouds on inside the servers. No digital footprints at all," stated Ferdy, as reported by Detik.

Because the app values privacy, people who want to create an account on Seecret, won't be asked for their phone numbers. People can even use pseudonyms, meaning that users aren't even required to provide their real names.

The app that is powered by end-to-end encryption, has some other unique features too, which can come useful for those who value privacy.

For example, there is the 'Seecret Converter' feature that changes typed letters to symbols, so people won't be able to peek into what they are typing from over their shoulders, for example.

Another unique feature, is the 'Seecret Group' that has the 'Private Tag' feature. Here, members can send a tag to a member of the group, in which only the tagged person can read their messages. 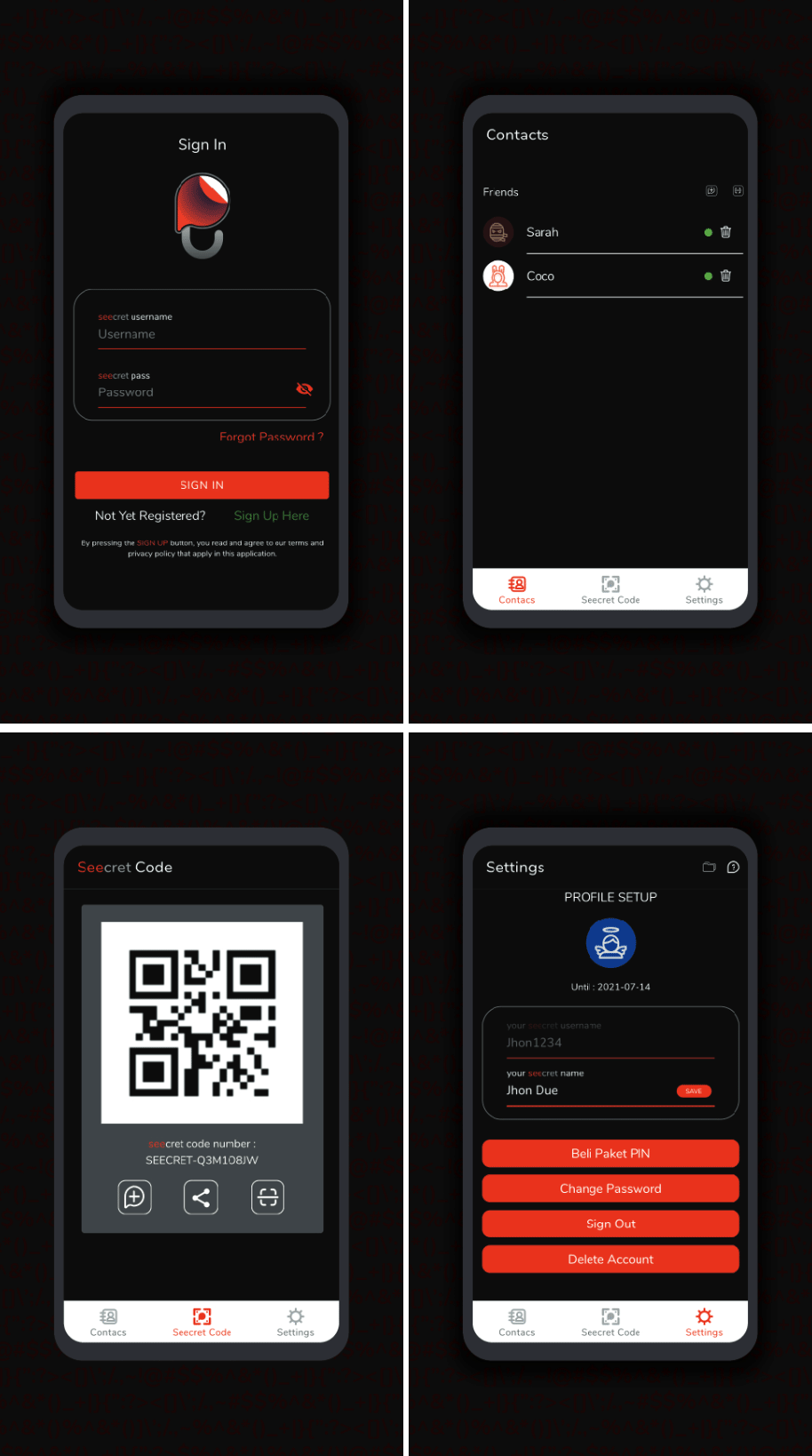 Seecret guarantees that nobody can spy into its users' communication data, with Ferdy adding that users privacy and secrecy are their freedom.

As a privacy-first messaging app, Seecret is indeed competing with Telegram, and some others that also use end-to-end encryption. But Seecret introduces some unique features that aren't yet found on competing platforms, and the most notable, is indeed its way of sending messages, without having to tap the send button.

This makes the app unique.

However, Seecret that is a messaging app with end-to-end encryption, is competing in a field that is already tainted with misinformation, disinformation, and malinformation.

While end-to-end-encrypted messaging apps value privacy to a degree that it will defend its cause no matter what, malicious people have been known to use this kind of apps to send hoaxes, hatred, illegal contents and harassments, and getting away with it.

Encrypted messaging apps have become the preferred medium for complex and covert propaganda campaigns in many countries around the world, simply because it empowers free speech.

To thrive, Seecret needs to deal with this, and must know how to prevent malicious activities from plaguing its platform, sooner than later.