'Digital Zombies', And How The World Can Fight Or Embrace Them

In the modern era where people are always connected to the internet, the society has changed dramatically.

With more capable internet connection and an increasing amount of devices to choose from, practically everyone wants to have their own smartphones and dedicated internet connection, just to enjoy the abundance of 'activities' that can be done on the internet.

And with the more and more devices put online, and more and more people connected to the internet, the more information would be shared. As a result, we became dependent of the technology.

Unfortunately, there are people who inadvertently opted to experience more of the connected experience, making them difficult to detach. People that are glued to their screens, can be described as 'Digital Zombies'.

Coined by the University of Sydney, these zombies are those who are so engaged with digital technology and/or social media that they are unable to separate themselves from a persistent online presence. These 'zombies' can be found almost anywhere, with eyes on their smartphones, scrolling endlessly on social media feeds, hunt for mythical creatures, laugh or cry without any human interaction, and more.

Another way of saying it: Digital Zombies are people who are more connected to whatever their devices have to show, rather than the real-world they live in, or the physical environment they are at. 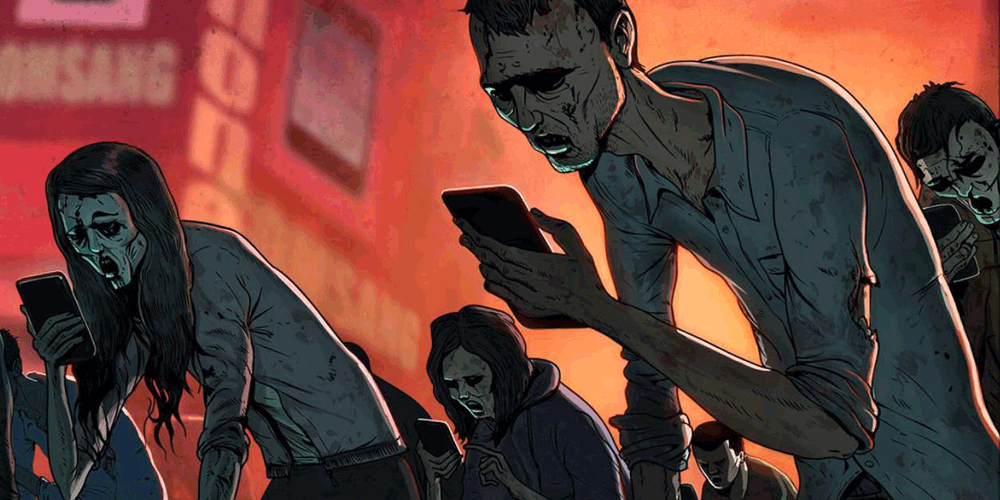 In popular culture, the term 'zombie' is to describe the living dead.

Zombies in science-fiction literature and media take the appearance of rotten flesh that walk aimlessly looking for living organisms, particularly humans, to feed on. They may have disfigured limbs, look horrible, bleeding, disgusting, terrifying and other characteristics taken from the horror genre.

But in real-life, zombies can take other forms: living humans with all their glory, but detached from the living.

Digital Zombies don't eat brain like their counterpart. Instead, they feed on light emitted from screens.

How many times have us, or see others, look at smartphones while driving? Or maybe glued to a streaming video or an article, while walking as pedestrian? Or scrolling endlessly to our social media feeds, while having dinner with families? Or watching our favorite band performing live, but to not look at their live performance, and instead look at our smartphones while recording them?

It can be worse, too. How many times have we, or see others pull out their phones to record life-and-death incidents, like a car crash or natural disaster, instead of thinking how to save those who were unfortunately involved in the situation?

These are just some of the examples of people who are strongly and superlatively using their smartphones.

Back in the days where smartphones weren't a thing yet, people have predicted that these Digital Zombies will exist.

At that time, psychologists feared that children spending so much time on their desktop computers and chat rooms would make them feel more comfortable interacting online than in person, and that in turn would turn them into zombies in the future.

Fast forward, the rise of mobile has allowed us to take our digital interactions, and addictions, anywhere we want.

Need to know something, take out our smartphone and Google it. Need more? Wikipedia should answer the question. How about family members and know what they're up to? Facebook and Instagram would be the place to look. And when needing someone, chat apps are available at anytime and anywhere. Not to mention the many games that can occupy our attention, wherever we are and at any given time.

The pressure to be connected can be so intense, and Digital Zombies are those people who can't fight the urge. They are compulsively checking their phones every few moments, afraid they might not be the first to see and respond to someone else's post.

These mobile Digital Zombies can also be referred as 'Smartphone Zombie', or ‘Smombie’, which has been used in popular culture to describe pedestrians who walk slowly and without attention to their surroundings because they are focused upon their smartphone.

So how could this world fight them? Or should it embrace them instead? 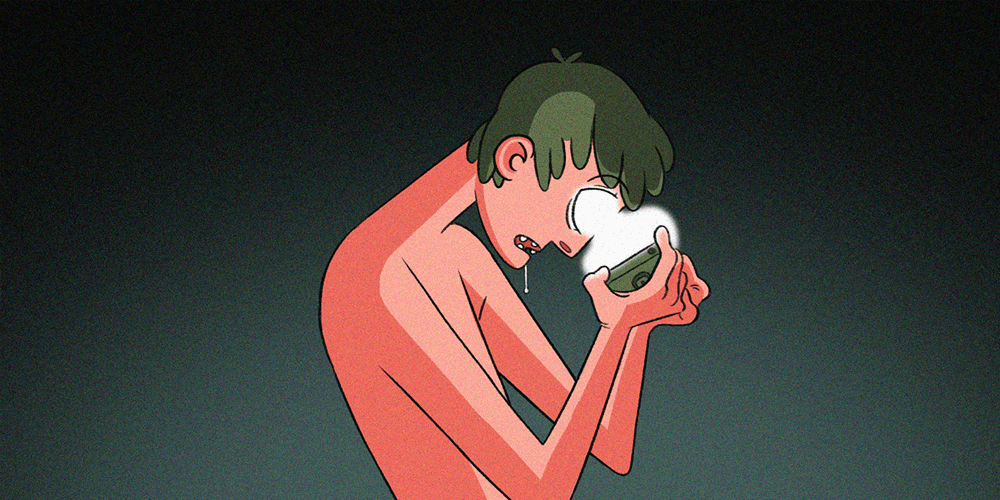 No trends will last forever. When looking back to the history of mankind, something is an evolution of something else.

For example, communication technologies evolved from the telegraph to the telephone to state-of-the-art high definition video conferencing; smartphones are the evolution of laptops and notebooks, and they are in turn, the successors of PCs.

Search engines and social media networks, are the products of the internet, which is the creation of Tim Berners-Lee and other internet pioneers who never intended it to be this way.

Sundar Pichai from Google once shared his vision about the post-mobile post-computer world. At that time, he said that:

"Looking to the future, the next big step will be for the very concept of the ‘device’ to fade away. Over time, the computer itself—whatever its form factor—will be an intelligent assistant helping you through your day. We will move from mobile first to an AI first world."

In such a world, people won't longer be glued to their phones scanning Facebook posts or skimming news headlines or checking stock tickers or reading emails. Instead, AI will do the work for them, summarizing what's really important by eliminating the noises.

When that time happens, the world would have embraced AI, eliminating most if not all Digital Zombies. In one way or another, ironically, the society would revert back to the simpler life, where people can actually look at the world around them as they walk down the street.

If technology can create a dystopian future, it can also help prevent it from getting worse.

But there is another possible future, where technology will evolve to allow cars to be totally autonomous and foolproof, allowing drivers to freely and continuously gaze on their digital screens without hesitation. There could be a time when pedestrian lanes and objects on the roads are equipped with sensors to prevent people crashing into them, allowing people to walk, run and maneuver with their eyes on their gadgets.

In the end is the trend that will shape the future.

The future is uncertain. But what is certain, is the fact that trends create the demands. The rest goes to companies whether they want to fulfill those market's demands, and whether the regulations allow them to do so.