Napster was launched by Sean Parker and Shawn Fanning, opening up the gates to mainstream file-sharing of audio files over the internet.

Things were good for Napster, before it got popular. The company began to run into legal difficulties over copyright infringement.

One of the most famous legal cases Napster had dealt, was when it was faced against the heavy metal band Metallica.

As a result of the numerous cases, the company ceased operations and was eventually sold to other companies.

The original Napster was shut down by court order, but the Napster brand survived after the company's assets were liquidated and purchased by other companies through bankruptcy proceedings. 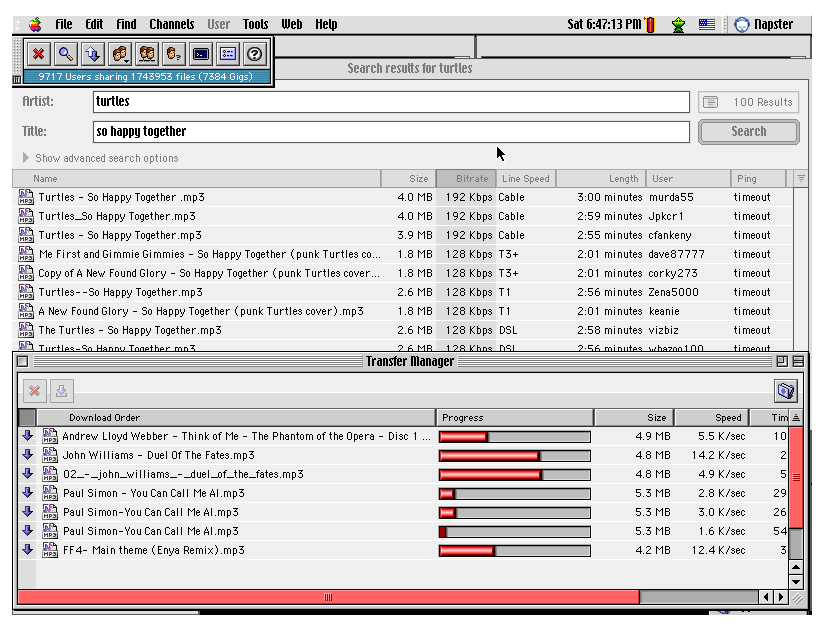 The original Napster operated only between June 1999 and July 2001, allowing users to easily share their MP3 files with other participants.

At that time, many online services existed, allowing people to share files across the interest. From IRC, Hotline, and Usenet, for example.

But Napster specialized in MP3 files of music, and had a friendly user-interface. It made things relatively easy for music enthusiasts on the relatively young internet to download copies of songs that were otherwise difficult to get, such as older songs, unreleased recordings, studio recordings, and songs recorded from concerts.

Napster managed to pave the way for streaming media services of the future, like Spotify, for example

At its peak, the original Napster service had around 80 million registered users, hundreds of millions of songs, and the system never once crashed.