What most people know, AI is a technology that involves making computers smart, using developer-centric methods and technical knowledge.

That is certainly true, but only to some extent. Creating AI models is indeed not an easy task, and not everyone can do it easily. It requires many tests and re-tests, tweaks, optimizations and more. Most of the time, it involves huge data sets, and coding.

But Microsoft here, wants to lower that barrier of entry.

And that is by releasing 'Lobe', a free app that allows people to train machine learning models, without having to write any code or having prior experience with AI.

First introduced as a public preview release, the Lobe desktop app for Windows and Mac supports Image Classification only. But Microsoft plans to expand that to other models, like Object Detection Locate and Data Classification, in the future.

"Lobe has everything you need to bring your machine learning ideas to life. Just show it examples of what you want it to learn, and it automatically trains a custom machine learning model that can be shipped in your app." 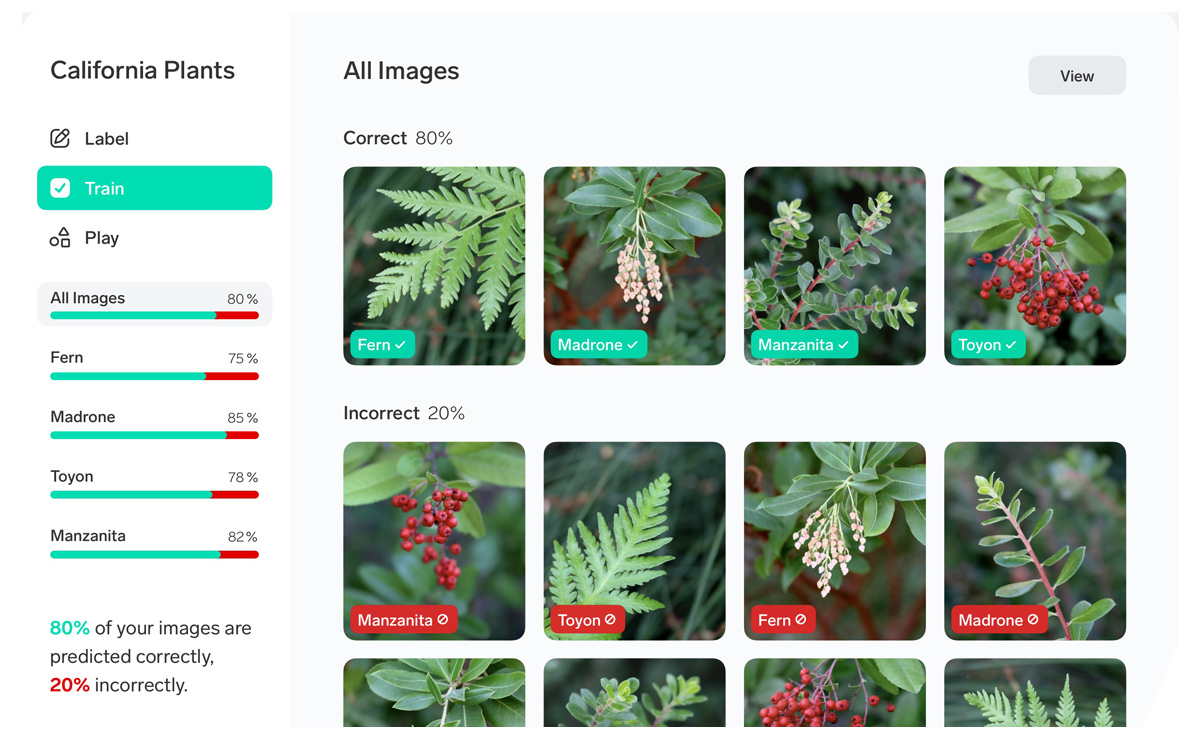 Lobe boasts that its app is "designed to be easy enough for anyone to use. No code or experience required." And with that, it's also free and private.

Microsoft markets Lobe as a tool that simplifies the process of machine learning into three steps: Label, Train, Play.

Users must first label their images. For example, they can gather their photo burst collections, to then put them all inside a folder. From there, they are required to label the images to create a machine learning dataset.

After that, using the Lobe app, users can automatically train their AI model using their own computer, without any setup or configuration, or uploading anything to the cloud. Here, Lobe has a feature that shows users the strengths and weaknesses of their AI model with live visual results.

As for the last step, users can try the model their are creating using their own webcam or images from their own computer. Users can Improve the results by giving the AI model feedback when its predictions are correct or incorrect.

When all is done, Lobe allows users to export their model to a variety of industry-standard formats and shipped on a platform of their choice.

"Technology has already transformed the world we live in. Computers are ubiquitous, from the machines on our desks to the devices in our pockets and in our homes. Now, breakthroughs in artificial intelligence (AI) and deep learning are helping scientists treat cancer more effectively, farmers figure out how to grow more food using fewer natural resources, and give people from different countries the ability to communicate across language barriers."

"In many ways though, we’re only just beginning to tap into the full potential AI can provide. This in large part is because AI development and building deep learning models are slow and complex processes even for experienced data scientists and developers. To date, many people have been at a disadvantage when it comes to accessing AI, and we’re committed to changing that."

It was back in 2018 that Microsoft acquired Lobe to make AI development more accessible.