Gojek And Tokopedia Merge To Become 'GoTo', The Largest Internet Company In Indonesia

The two internet companies are merging to create 'GoTo', effectively becoming the largest technology group in the Southeast Asian nation, the fourth most populous country in the world that is at this time, trying to recover from the economic fallout caused by the 'COVID-19' coronavirus pandemic.

By combining both forces, GoTo becomes an entity that is "globally unique and highly complementary ecosystem.”

By merging, GoTo has a better chance in competing against the heavily-funded super app Grab, and the e-commerce giant Shopee.

GoTo claims to have:

GoTo forms after Gojek spent about a year trying to merge with Grab but with no avail. Tokopedia on the other hand, wanted to pursue a public listing, before Gojek approached it.

Both Gojek and Tokopedia began talking about merging earlier this 2021.

At that time, the proposed valuation of GoTo was $18 billion. 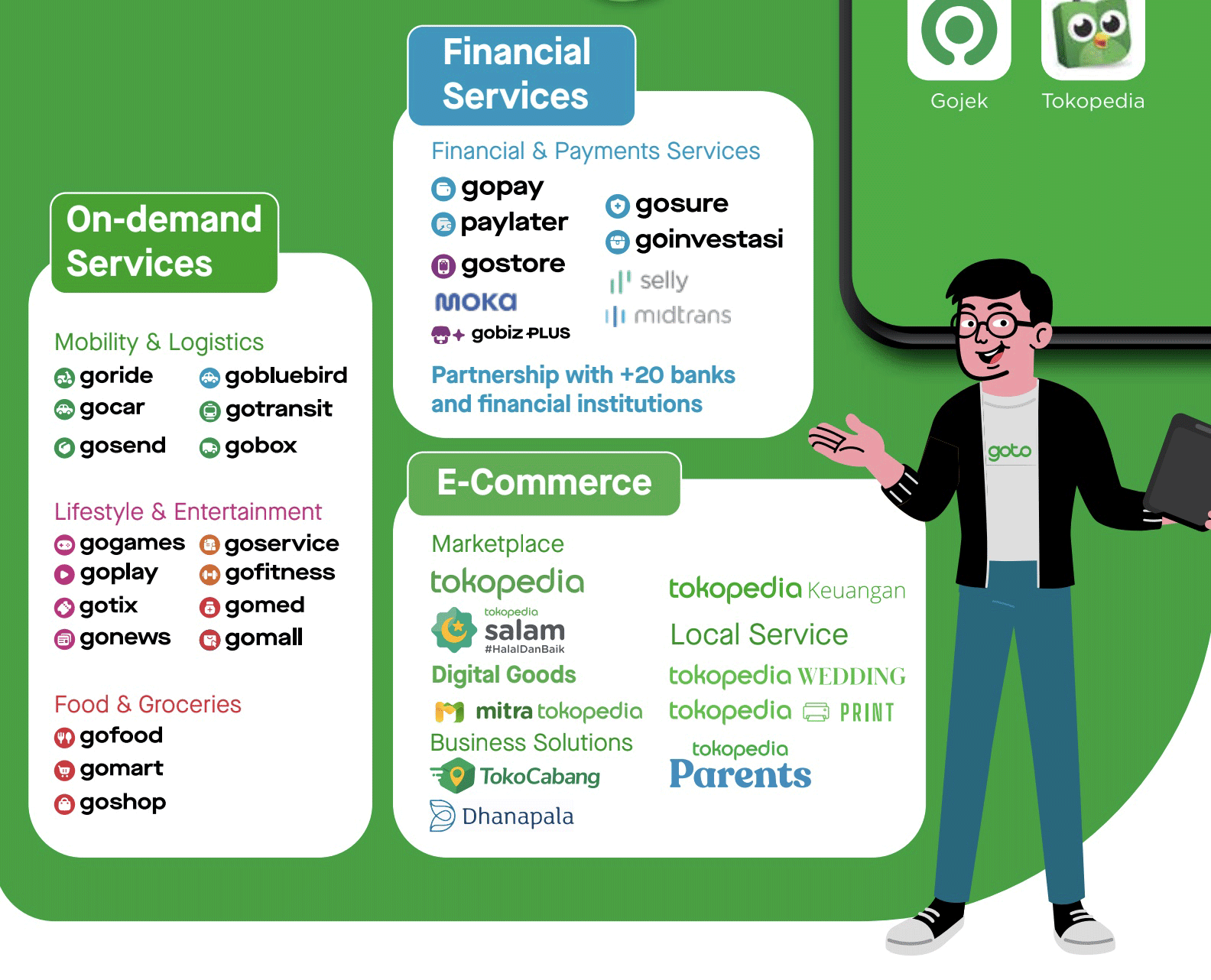 According to Andre Soelistyo, CEO of GoTo Group, in a statement:

"Today is a truly historic day as we mark the beginning of GoTo and the next phase of growth for Gojek, Tokopedia and GoTo Financial. Gojek drivers will deliver even more Tokopedia packages, merchant partners of all sizes will benefit from strengthened business solutions and we will use our combined scale to increase financial inclusion in an emerging region with untapped growth potential. For the consumer, GoTo Group will continue to reduce frictions and provide best in class delivery of goods and services. This is the next step of an exciting journey and I am humbled and proud to lead the GoTo movement.”

And according to Tokopedia’s co-founder and CEO William Tanuwijaya:

“The establishment of GoTo Group proves that you can believe in an ‘Indonesian dream’ and make it a reality. Our goal has always been to build a company that creates social impact at scale, levelling the playing field for small businesses and giving consumers equal access to goods and services across the country. In addition to accelerating the growth of Indonesia’s digital economy, GoTo Group will make it easier for people from all walks of life to access quality products and services, anytime and anywhere. We still have a long way to go to achieve our goals, but today is about starting that journey together.”

The two companies have partnered in the past, and together as GoTo, they shall continue to "thrive and coexist as stand-alone brands within the strengthened ecosystem,” they said.

The friendship of Gojek and Tokopedia founders may have helped close this deal.

GoTo Group that combines both companies' businesses, is also preparing for a dual listing — in New York and Jakarta, its executives said, and is seeking a valuation of $40 billion.

If it materializes at the current terms, GoTo's debut in the stock market would be the largest-ever deal of its kind.