When live on stage, people can get caught into the atmosphere that sometimes, the vibes can make things go out of hands.

And live rock music concert is among the most common places where these things can happen.

Singing with Brass Against, a band known for covering songs by other bands, Urista was singing 'Wake Up' by Rage Against the Machine when she had to desperately relieve herself.

At the Florida’s Welcome to Rockville festival at Daytona National Speedway in the U.S., the 35-year-old frontwoman was seen telling the crowd that she "gotta pee" but won’t be able to make it to the bathroom. So instead, a man was invited onto the stage.

The man who enthusiastically volunteered was shown laying down on his back, where the singer then proceeded by approaching him, pulled down her trousers and underwear, and semi squatted before urinating into the "motherfucker’s mouth." 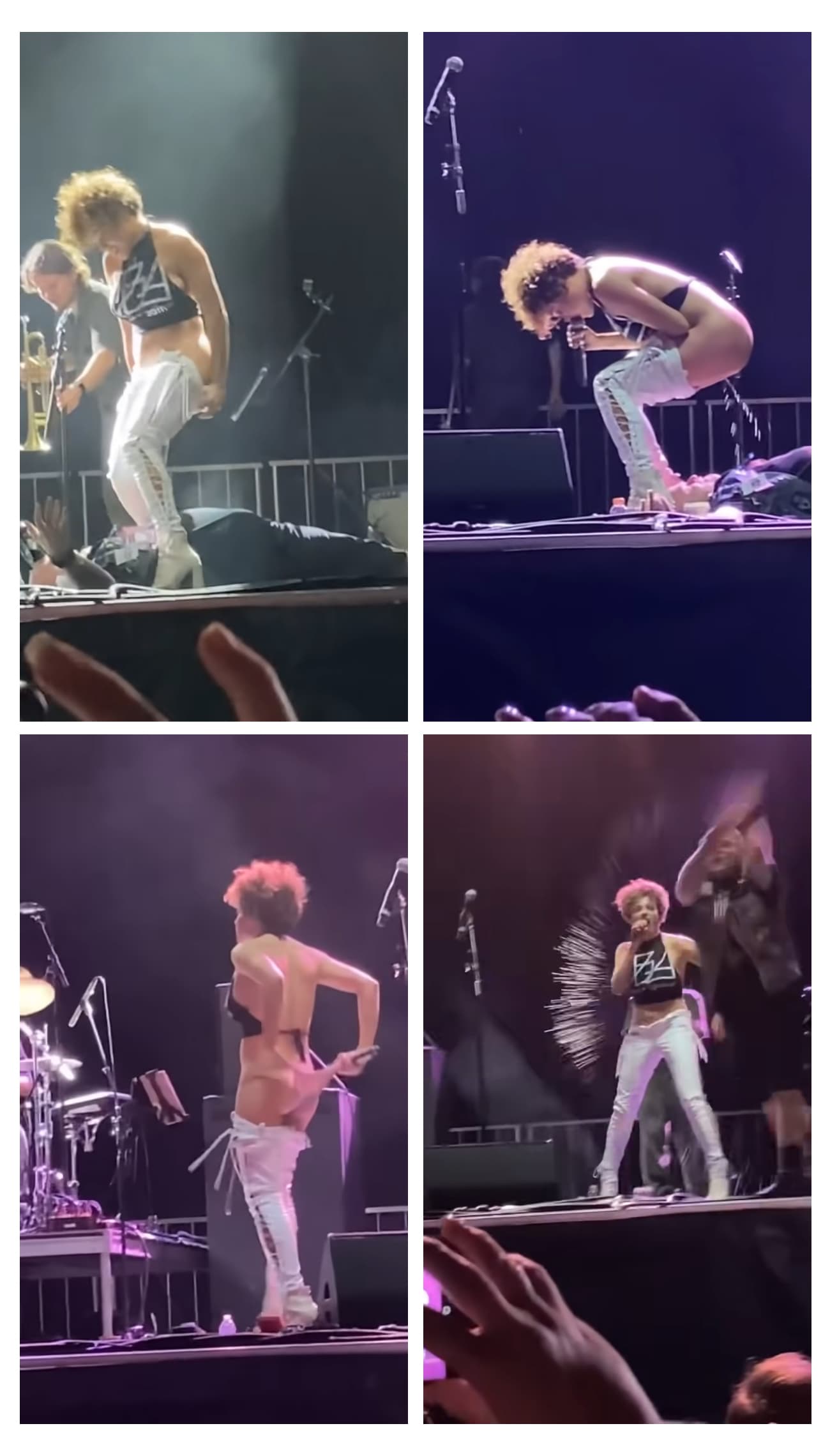 After Urista was done emptying her bladder, the excited fan who received the 'golden shower' stood up, spewed up some of the urine he got in his mouth in the direction of the audience, and even scooped some from the stage with his hands to wet at least some of the people below.

Of course, the moment was recorded by the many who were there, who then uploaded it to the internet.

People said that what she did is disgusting, and not appropriate.

Urista then made a public apology in response to the backlash.

"I love my family, the band, and the fans more than anything and I know that some were hurt or offended by what I did. I apologise to them and want them to know that I didn’t mean to hurt them."

She also added that "I am not a shock artist. I always want to put the music first. I’m grateful for all of your continued love and support."

The band also apologized for the incident, saying that "it’s not something you’ll see again at our shows," and went on explaining that Urista simply "got carried away" and that they are "truly sorry. Not who we are as a band."

It has been for many times that rock bands on stage can be shocking to the audience.

There can be incidents, like elaborate staging, vile stunts, and gross-out moments.

And Sophie Urista's scandal here, is just one among the many.

The thing is, the act was caught on camera, and people complained about it.

Though there have been many tweets and videos of the event showing that the incident was not at all a sexual assault, and Urista actually cleaned up the mess afterwards, the act was considered "disgusting," "devilish" and "pure trash."

While many fans said that she did nothing wrong, according to police, the stunt has indeed broke several indecent exposure laws.

Following the backlash, the Daytona Police said that they are investigating the incident as it is unlawful to "expose his or her sexual organs in public or on the private premises of another, or so near thereto as to be seen from private premises, in a vulgar or indecent manner."