Sex may be a taboo subject to some people. But on the web where things are limited to only the imagination, there are a lot of profitable businesses going on that are related to the adult industry.

Those adult entertainment websites want people to come visit them, open up a video, to then open up another video, and another, and again another.

Looking at them side-by-side, patterns emerge: the ability to attract attention retention and keeping eyes wandering.

Most of those sites feature a similarly arranged animation, GIFs, live action, typography, logo, page layout, buttons and more. Logos sit on the top left, followed by a search bar and a drop-down menu full of categories.

it can be concluded that most are indeed under-designed. But in fact, there are meant to be that way, as the purpose is in fact highly strategic. 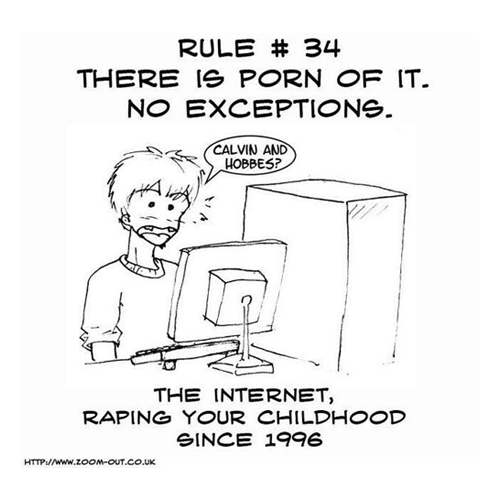 They too have similar pattern of enticing.

For example, the interfaces compel the viewer to open a video they want at first. When the page opens and the video is playing, the web design lures visitors' eyes to wander clockwise to also look at the sidebar, to then eventually down to the bottom row where the video can be commented, liked or disliked.

And if those don't appeal them, at the very bottom, the sites blatantly show more videos that have been filtered based on the video that is playing, keywords configuration and other criteria the algorithms suggested, all ready to be clicked.

This same strategy is also used by supermarket giants or popular stores.

These brick-and-mortar businesses simply put a sheer number of shelves with items that people may need, while putting what their most valued items with high sales somewhere in customer’s direct line of sight. This way, customers can see all the products the stores want to sell quickly, effortlessly.

By giving users too much content to consume, they will keep wandering, just like window shopping. All that as they hope to eventually find the perfect clip.

They may visit them in their free times, just for dwelling, wandering, or the purpose for pleasure, or may be to keep boredom away.

Besides providing membership and showing ads, those sites also use their algorithms to mine data. Those sites know what users like the most, their demography and location. And they can use all that to predict people's desires and feed the content back to the viewers.

With these in mind, the pornography industry is able to mediate people's sexual categories, and interests that are based on racial, class, fetishes, and cultural differences. So here, the ecosystem is rather cocooned, making data rather difficult to extract by those beyond the adult entertainment industry.

With MindGeek’s ownership over areas of its content, parts of the adult industry are in the paradoxical situation of working for a company that makes money from the piracy of its output.

Business here thrives, with the most raking in profit are the sites and the production companies. And as for the adult performers, they are seen by many as the most unfortunate.