A Minor Addition for a Big Impact by Raymond Tomlinson 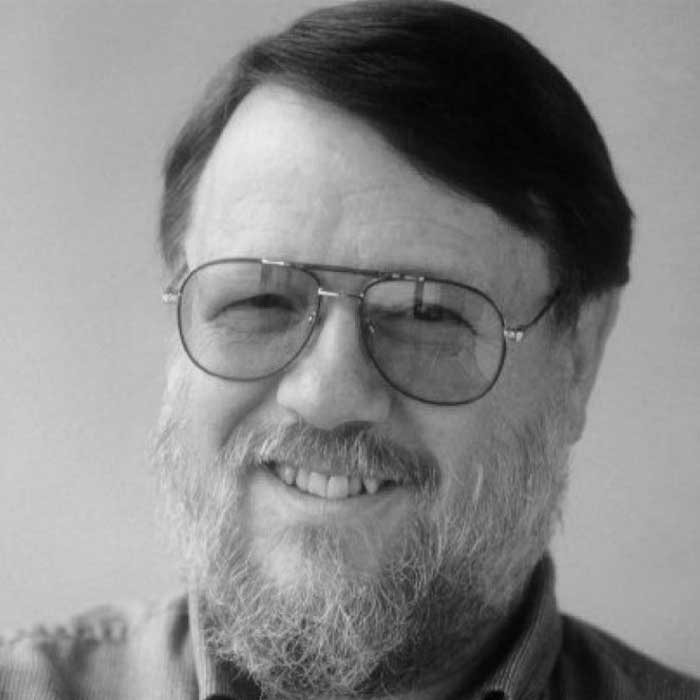 "Email came out of a personal desire for a more convenient and functional way to communicate."

Email is one of the best means of communication for its safety and speed and is widely used across the globe for the purpose. Raymond Tomlinson, best known to be the Father of Email, made it possible to exchange messages between machines in different locations.

Tomlinson that came up with a "@" symbol format for email addresses, has thought that his email messaging system wasn't going to be a big deal after modifying the code in the existing protocol at the time.

Today, email still remains the most popular application, with billions of users spanning the globe and communicating across the traditional barriers of time and space.

Raymond Samuel Tomlinson was born on October 2nd, 1941, in Amsterdam, a city located in Montgomery County, New York. He was brought up in Worcestershire and stayed for 4 years of his life before his family moved to a small, unincorporated village of Vail Mills, New York.

He attended Broadalbin Central School in nearby Broadalbin, New York. After graduating, Tomlinson attended Rensselaer Polytechnic Institute in Troy, New York where he participated in the co-op program with IBM. In 1963, Tomlinson received his Bachelor degree for Science in electrical engineering from RPI.

After graduating from RPI, Tomlinson attended the Massachusetts Institute of Technology to continue his electrical engineering education. At MIT, he worked in the Speech Communication Group and developed an analog-digital hybrid speech synthesizer as the subject of his thesis. He then graduated and received a S.M. in Electrical Engineering degree in 1965.

In the year 1967, Raymond Tomlinson joined Bolt, Beranek and Newman, a technology company now known as BBN Technologies. He was then hired by the United States Defense Department to build the first internet in 1968. He wrote a file-transfer program called CPYNET to transfer files through the ARPANET. Tomlinson was experimenting with a popular program he wrote called SNDMSG (SNDMSG was a "local" electronic message program in which the user could only leave messages on the computer) that the ARPANET programmers and researchers were using on the network computers.

Tomlinson was asked to change a program called SNDMSG, which sent messages to other users of a time-sharing computer, to run on TENEX. He added a code he took from CPYNET to SNDMSG so messages could be sent to users on other computers. In 1971, Tomlinson has sent the first email.

The first email, was however was a test email. He sent himself a gibberish strings of characters or a few phrases from the Gettysburg Address. It was not preserved and Tomlinson describes it as a insignificant something like "QWERTYUIOP", an entirely forgettable even by himself.

"The first email is completely forgettable," he said. "And, therefore, forgotten."

His email messaging system wasn't thought to be a big deal. When Tomlinson showed it to his colleague Jerry Burchfiel, he said "Don't tell anyone! This isn't what we're supposed to be working on." The Improvement Toward Impact

At the time, there were other people, who developed similar programs that has brought the thought to deliver messages and files to numeric printers at remote sites. One of them was the "Mail Box Protocol", a draft standard under RFC 196 in July 1971, but the protocol was never implemented.

In contrast, SNDMSG sent messages to named individuals (computer users), but only working on the same computer. Tomlinson decided to improve it.

Tomlinson examined the mailbox as a file with a particular name. The users could write more data onto the end of the mailbox, but they couldn't read or overwrite what was already there. The idea of Tomlinson was to use CPYNET to append material to a mailbox file just as readily as SNDMSG could. SNDMSG could easily incorporate the code from CPYNET and direct messages through a network connection to remote mailboxes in addition to appending messages to local mailbox files.

The missing piece was that the experimental CPYNET protocol had no provision for appending to a file. It could just send and receive files. Tomlinson had to make a minor addition to the protocol and to incorporate the CPYNET code into SNDMSG.

"I was making improvements to the local inter-user mail program called SNDMSG. The idea occurred to me that CPYNET could append material to a mailbox file just as readily as SNDMSG could. SNDMSG could easily incorporate the code from CPYNET and direct messages through a network connection to remote mailboxes in addition to appending messages to local mailbox files. The missing piece was that the experimental CPYNET protocol had no provision for appending to a file; it could just send and receive files. Adding the missing piece was a no-brainer - just a minor addition to the protocol."

The next problem to tackle was to provide a way to distinguish local mail from network mail. Tomlinson chose to add the @ symbol and the host name to the user's login name. He chooses namely the "at" symbol because the purpose of this sign (in English) was to indicate a unit price, and also because the symbol has not appear in names so there would be no ambiguity about where the separation between login name and host name occurred. The symbol also had no significance in any editors, that ran on TENEX. Thus he used the at sign to indicate that the user was "at" some other host rather than being local.

The first email message using the new modified command was sent in late 1971 between two machines, that were literally side by side, both ran the TENEX time-sharing monitor. The physical connection the machines had was only through the ARPANET.

Raymond Tomlinson's email program brought about a complete revolution, fundamentally changing the way people communicate, including the way businesses, from small businesses to huge corporations and enterprises operate, and the way millions of people shop, bank, and keep in touch with friends and family.

Although email is becoming one "old" fashion for sending messages, especially when social media, VoIP and other communication methods are becoming popular, email still remains the most popular application, with more than 300 billion emails a day, sent by over a billion and a half users spanning the globe and eliminating traditional barriers of time and space.

Raymond Tomlinson has received numerous awards and honors from his work.

In 2000 he received the George R. Stibitz Computer Pioneer Award from the American Computer Museum (with the Computer Science Department of Montana State University). In 2001 he received a Webby Award from the International Academy of Digital Arts and Sciences for lifetime achievement. And on the same year, he was also inducted into the Rensselaer Alumni Hall of Fame. In 2002 Discover Magazine awarded him the Innovation Award. In 2004, he received the IEEE Internet Award. In 2009, he along with Martin Cooper was awarded the Prince of Asturias award for scientific and technical research. In 2011, he was listed at number 4 on the MIT150 list of the top 150 innovators and ideas from MIT. In 2012, Tomlinson was inducted into the Internet Hall of Fame by the Internet Society.

"I am honored to be selected to the Internet Hall of Fame and have my name mentioned among such an elite and accomplished group," said Tomlinson. "The invention of email came out of a personal desire for a more convenient and functional way to communicate. Basically, I was looking for a method that did not require the person to be there when the message was sent and enabled the receiver to read and answer communications at their convenience. I still use email every day. In fact, it is my preferred form of communication."

Although the term ‘mail’ had been around intra-host on several of the host operating systems since well before anybody realized they were hosts, Tomlinson modified the codes to make something that is seen to be one of the most useful and popular way of communication throughout the Information Age today.

Tomlinson passed away at the age of 74 on March 6th, 2016 at his home in Lincoln, Massachusetts.