The Biggest Reasons Why You Should Buy A New Smartphone, And Dispose The Old One

It's like moving on to embrace a nicer and speedier future, where frequent charging and constant cache cleaning is no longer required. Some people just love having a brand new, and shiny new gadget on their hands. In one scenario, they can be proud. But put that aside, is buying new phone as soon as a new one comes out necessary? Is is a waste of money?

Smartphone manufacturers and vendors introduce new models every year. Sometimes, brands like Samsung, for example, can introduce a new model once every few months.

But if people put aside their hedonistic life which include the fear of missing out, a new phone in the market doesn't mean that they need it.

There are only a few factors that make a new phone a requirement. Apple CEO Steve Jobs holding up the first iPhone. This started a new era, where smartphones become a necessity, and the things people cannot live without.

First and foremost, security is the most important when it comes to having a gadget that is able to "see" and "hear," and transmit that to the internet.

Manufacturers should deliver their promised operating system upgrades and updates for at least a few years to a phone since it first came out. When the manufacturers stop releasing updates, sometimes, some can still provide security updates for a bit longer.

It's these software updates that help prevent hackers to steal data.

Just like any products out there, smartphones aren't perfect, as they can have security holes and software bugs.

Updates should patch these exploits.

Smartphones are all about apps. Without apps, there's not much a phone can do.

Realizing this, software and app developers are always on the move, trying to improve their apps.

But most of the time, the "improvements" translate to more features. And sometimes, more features require a newer operating system, and a more capable hardware.

People should think of buying a new phone, if their favorite app, or the app they use the most, stop responding, or cannot receive new update.

A smartphone's chip or system-on-chip (SoC) makes a phone, a phone, and it never stops working unless the phone is turned off. It's the thing that consumes the most amount of power, because all apps require processing power to run.

The second most power-hungry component, would be the cameras, and then the speakers. Then, the sensors for cellular and Wi-Fi.

All of these components consume energy, and that they become even hungrier the more the phone is used.

Unfortunately, the technology that makes batteries doesn't advance as fast as their counterparts, and it's also unfortunate, that it's the battery inside a phone that deteriorates the fastest.

Since all components inside a phone relies on the battery, a low battery capacity is a nightmare. 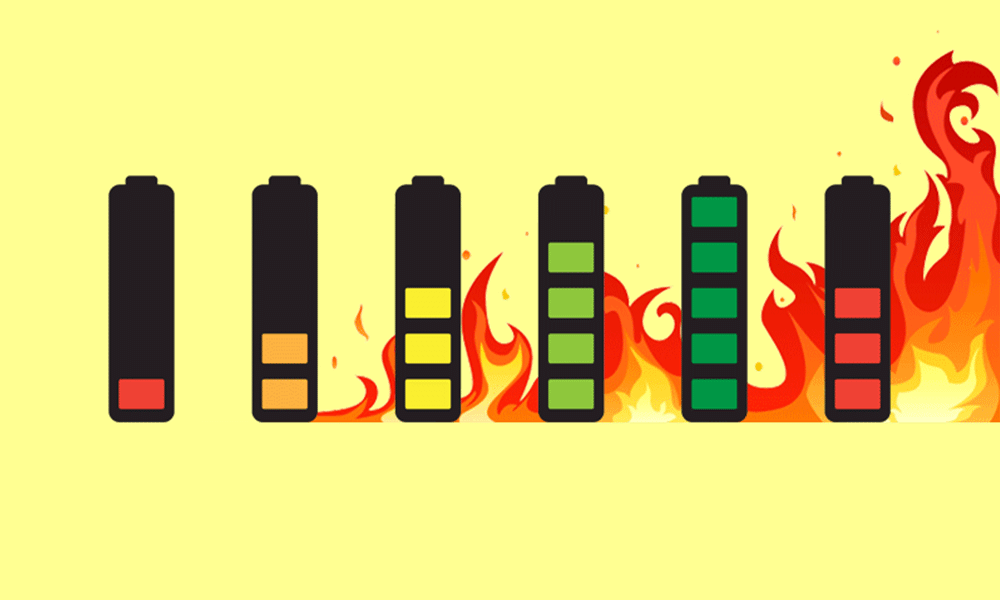 A smartphone battery will experience a significant decrease in capacity after a few hundred charge cycles. It's only after this time, that the phone will start holding a charge for long.

A smartphone’s battery is the only truly consumable component in the device, which is a pity because, in most modern phones, it’s not removable without a teardown of the phone using specialized tools.

So where, when users see that their phone require more frequent, but short charging, they should definitely replace their phone.

In most cases, phones that have worn their batteries are probably experiencing other issues as well. So a low battery capacity is a good sign to buy a new phone.

If and only if people opt for a battery replacement, they should always buy original battery, and not some third-party replacement since these can potentially be dangerous.

A smartphone's main component include its SoC, which connects to all parts and all sensors. Because of that, SoC is the single most-developed thing inside a phone.

Each and every year, manufacturers try to advance this integral component by making them smaller, so they use less power but more powerful.

The thing is, SoC's performance will deteriorate. Furthermore, if the battery can no longer store enough power, some phone manufacturers may throttle the speed. And then, there is the fact that phones can get bloated with unnecessities the more apps are installed, and the more they are used.

Users who use their phone for gaming, video editing, or other content creation, or if they are a fan of multitasking, should already know that the older a phone is, the less it can keep up with their needs.

If this is the case, a new phone with more (and younger) horsepower under the hood is needed.

With smartphones being used for many things in life, means that people bring their phones with them almost anywhere.

From the time they wake up in the morning, to commuting to work or school. And while at work or at school, some people use their phone more often. People also use their phone while returning home, and before sleeping. With the many apps to choose from, people can browse the web and use social media. They can also listen to music and podcasts, stream videos, send and receive emails, make calls and receive calls, take photos and videos, and lots more.

As a result of these endless activities, day and night, indoor and outdoor, even the toughest of phones can pick up wear and tear.

Screen can crack, and charging port can get damaged. Phones can also experience water damage, and more. Martin Cooper, the pioneer in the wireless communications industry, especially in radio spectrum management. He is pictured with DynaTAC, the first ever mobile phone.

Then, there is the fact that no computer chip can last for eternity. Sometimes, old phones can heat up pretty fast due to old age.

People should consider replacing their phones, even when the phone still works.

Aesthetic aside, damaged phones can be dangerous at times, partly because of the battery.

Apart from these major issues, most other motivations to get a new phone are a question of wanting a new handset rather than needing one.

There’s nothing wrong with wanting the latest technology, but it’s worth considering whether the expense is worth getting those new features now and being patient.

After all, new phones are introduced every time by the many manufacturers who compete to do their best.

Further reading: 'Digital Zombies', And How The World Can Fight Or Embrace Them