#IndonesiaWhatever Describing How Careless Indonesians Are During COVID-19

Indonesia is a vast archipelago, consisting around 17,000 islands in three timezones. With a little less than 300 million people, it's literally the powerhouse of Southeast Asia.

With that many people in such a huge place, the government has been criticized for its slow response during certain moments, including during the novel 'COVID-19' coronavirus pandemic.

As a result, the people too, are difficult to control, and this behavior of many Indonesians has sparked a flood of criticism.

And one includes using the hashtag #IndonesiaTerserah, which translates to #IndonesiaWhatever. 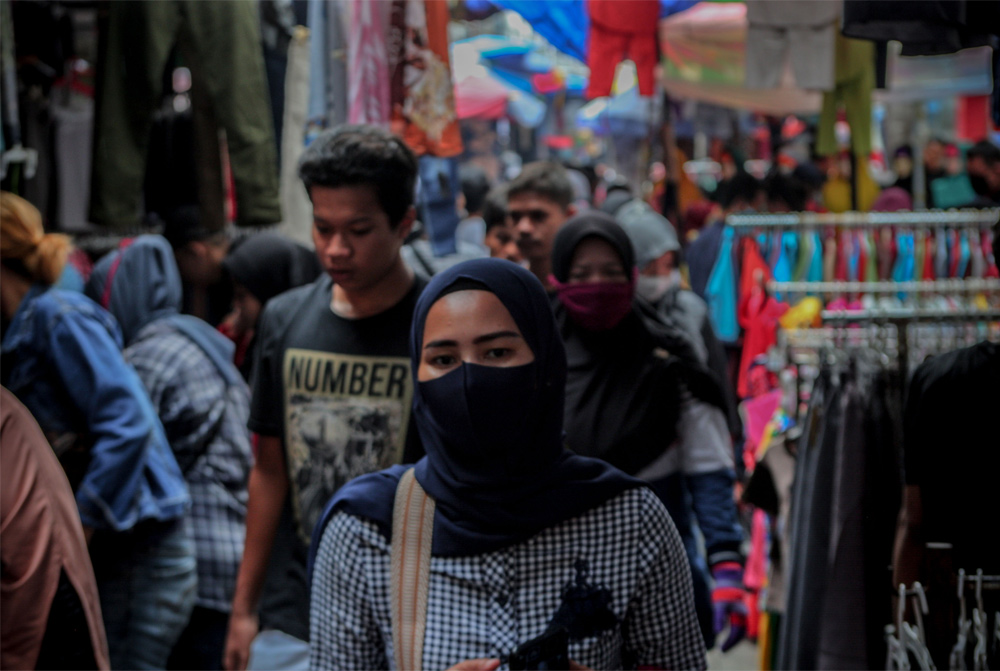 Large-scale social restrictions in the capital Jakarta has given little impact to citizens of the city. As shown, Tanah Abang market remained crowded with many people seen without face masks on. (Credit: Lontar/Dumaz Artadi)

The coronavirus has killed 1,326 people in the country until this date. And since March, 52 Indonesian doctors, nurses and dentists have died from the coronavirus.

This makes the huge country to have the highest COVID-19 death toll in East Asia outside China.

One of the causes include the government's slower approach than neighboring countries in imposing restrictions to curb the virus. And even when the number is still rising, Indonesia is already discussing when to relax them.

Once every few days, Indonesia has continued to record number of new cases. With a total number of people surpassing 20,000, health experts were sceptical that the epidemic is under control.

“Why are we Indonesians so careless and reckless. At least wear a mask and maintain social distancing. Respect the volunteers who are working hard to save your lives,” commented one Twitter user.

Similarly, a 55-second music video featuring some state officials and regional heads encouraging citizens to stay at home ahead of the Idul Fitri holidays, has attracted some harsh comments.

In the video that include Communications and Information Minister Johnny G. Plate, Transportation Minister Budi Karya Sumadi and Foreign Minister Retno Marsudi, the offiicials were shown taking turn singing an upbeat song whose lyrics serve as a plea for the public to refrain from visiting their relatives during Idul Fitri.

Posted on the Manpower Ministry’s official Twitter page, the video was part of a public service announcement campaign aiming to urge the public not to participate in the customary exodus in a bid to flatten the curve of coronavirus infection.

The officials were also shown singing along to the song in tandem with the Ministers.

The short video titled “Jangan Mudik, Nggak Mudik Tetap Asyik” (“Don’t Go on Mudik, Have Fun without Mudik”) has been met with harsh criticisms from the public.

Social media users have responded to the video with sarcasm and memes to make fun of the officials, to also include harsh comments on the officials' musical performance, the quality of the song, and the overall “tone-deaf” amid the coronavirus outbreak.

President Joko “Jokowi” Widodo had merely advised the public not to participate in the annual tradition before eventually outright banning it. Then there were questions about the implementation of large-scale social restrictions (PSBB) in several regions including at the capital Jakarta.

Previously, social gathering was restricted with officers patrolling many areas within the city. But then, Soekarno-Hatta International Airport Terminal 2 was packed with Idul Fitri holidaymakers waiting for their flights back to their home regions. This came shortly after McDonald's Sarinah attracted crowds during the restrictions.

Amid growing frustration and concerns over the government’s handling of the crisis, the hashtags #IndonesiaTerserah and #IndonesiaWhatever have trended on social media.